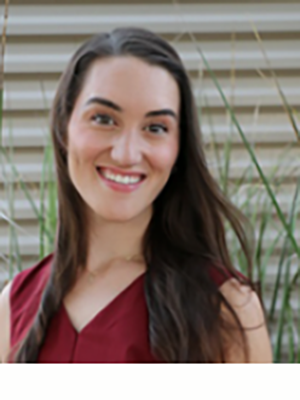 After high school, following a delay Hannah describes as due to a lack of confidence, she decided to “just dive in head-first,” and determined that she would not let anything stop her from achieving a degree. How did she do it? Hannah replies: “Work ethic.”

Through her work, Hannah went on to become a member of Phi Theta Kappa Honor Society, a 2019 Coca-Cola Academic Team Scholar, while also serving as the Club Z President. Participating in the MCCCD Student Public Policy Forum “where I collaborated with other civically-engaged students” and got to “network with our country’s leaders in Washington D.C.” has been a highlight of her time at PVCC.  Additionally, Hannah served her community while being a catalyst for positive social change as a Campus Voter Registration Advocate.  She initiated the successful “Use Your Voice, Use Your Vote” get-out-the-vote campaign on the PVCC campus. Hannah states: “I am proud of each student I helped register to vote and the candidate forum I hosted in which PVCC students got to showcase their civically-engaged mindsets.”

Hannah credits this impressive list of accomplishments as coming from a “willingness to learn from mistakes — and amazing mentors…I am leaving PVCC a better person than who I was when I started, and for that, I will be eternally grateful.”

Next? Hannah plans to earn a bachelor’s degree from Arizona State University’s Barrett’s Honors College in Philosophy (Morality, Politics, and Law) with the goal of moving on to law school. After that, she seeks to devote herself to “law, or politics, or human justice” in order to fight for the human rights of all people — “on the world stage”! (Perhaps the United Nations….)

It has been a delight to see the extraordinary growth in Hannah’s self-assurance. She has thrived at PVCC while making an investment in herself and her education. After a troubling time in her previous state she shares, “when I moved to Phoenix three years ago, I had never been here…I took a chance on the desert and I found a life I never imagined in my wildest dreams.”

Hannah takes to heart this line from Lin-Manuel Miranda’s musical Hamilton:
“I am not throwing away my shot!"